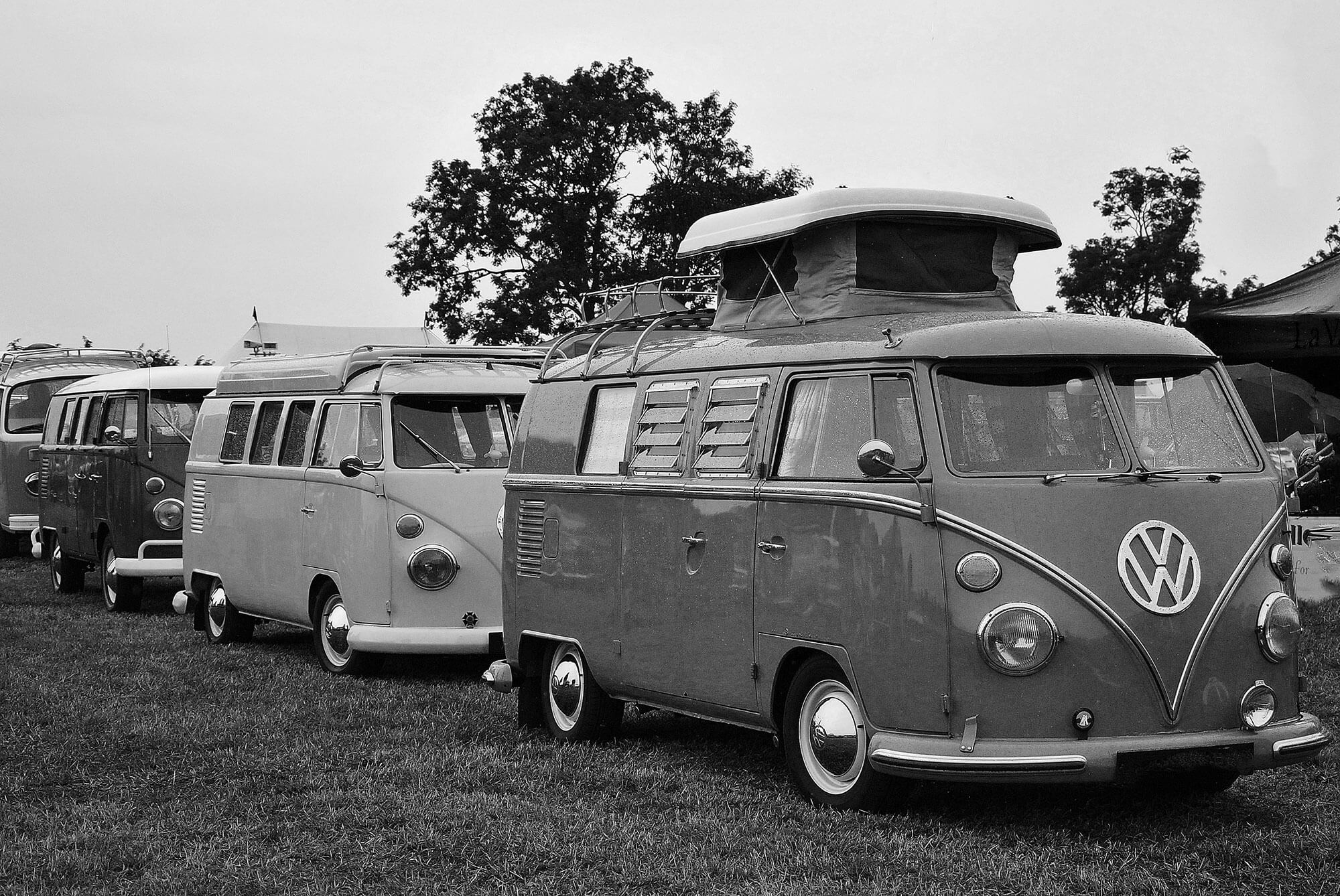 Where it all began

In 1947 the original and most iconic campervan, the VW type II Bus was created by Ben Pon.  Pon was inspired by the motorised trolleys used to move parts around the VW factory in Wolfsburg, Germany. The trolleys were made from stripped Beetle chassis and running gear. His first sketch of the beetle based van resembled a box on wheels.

A year later his idea was taken on by Heinz Nordhoff, the newly appointed Chief Executive of Volkswagen. In November of 1949 at the Geneva Motor Show the first VW Van was launched.

In the early 1950’s VW started building 2 different models – The Commercial Transporter and the Kombi.

The VW campervan has remained popular but campervanners are spoiled for choice when it comes to selecting a van to suits their needs. New figures claim the number of caravans and motorhomes on Britain’s roads is set to rise by 50,000 in the next 5 years.

Campervan conversions are becoming increasingly popular. Many people are choosing this as a method to create a bespoke home on wheels. A converted van is very personal, although the van itself may have had many previous users, a newly converted van is new to you.

If you’re looking for a van to convert, or a newly converted van we can help. Please get in touch as we offer a range of finance options for new and used vans and converted campervans.

Are you planning a winter campervan trip?
PREVIOUS POST

Have you considered solar panels for your campervan?
NEXT POST