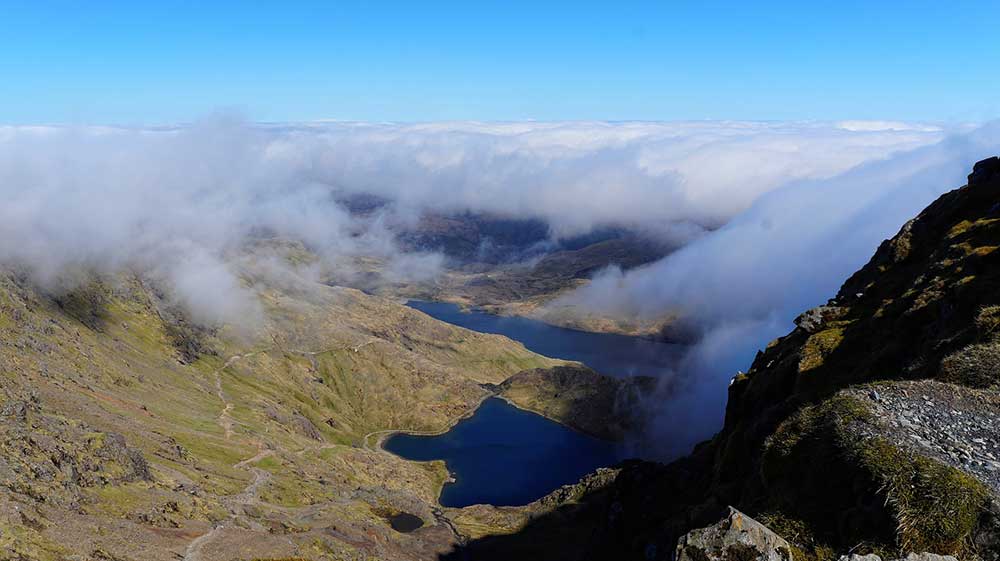 By: Effective Campervans In: Camping COMMENTS: 0

Are you thinking about visiting Wales in your campervan this summer? There are so many reasons to visit this beautiful country. In this month’s blog we look at some of the best places to go in Wales. 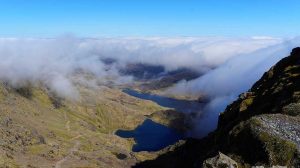 Snowdonia is a region in northwest Wales concentrated around the mountains and glacial landforms of Snowdonia National Park. The park’s historic Snowdon Mountain Railway climbs to the summit of Wales’s highest mountain, Mount Snowdon, offering views across the sea to Ireland. The park is also home to an extensive network of trails, over 100 lakes and craggy peaks like Cader Idris and Tryfan. 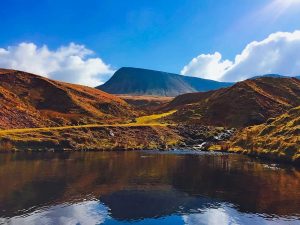 Brecon Beacons National Park is one of three national parks in Wales, and is centred on the Brecon Beacons range of hills in southern Wales. It is a hiker’s paradise bordered by two quite different sets of Black Mountains. The first, to the west, is the source of the River Usk, while to the east is the range famous for its wild ponies. The mountains in this 520-square-mile park are named after the red sandstone that causes them to resemble the beacons of light once used to warn of invaders. Be sure to explore the park’s many caves and waterfalls, especially Henrhyd Falls at Coelbren. Just outside the park, near Abergavenny, you can tour a coal mine at Big Pit National Coal Museum. 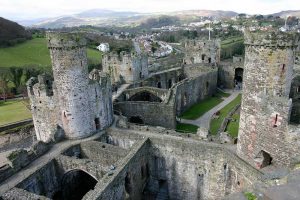 On the north coast of Wales, just a short distance from Manchester, Conwy offers something for everyone: a stunning castle, medieval architecture, a suspension bridge designed by Thomas Telford and plenty of shopping. The National Trust’s Aberconwy House is Conwy’s only surviving 14th-century merchant’s house and one of the first buildings constructed inside the town walls. Other interesting homes are the Elizabethan Plas Mawr, and the Smallest House in Great Britain. 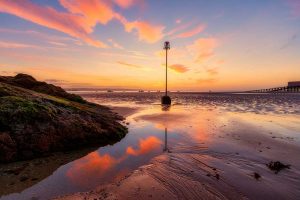 The Pembrokeshire Peninsula juts out into the Irish Sea. You can explore it on foot along the dramatic Pembrokeshire Coast National Trail, finding villages like the picturesque little resort of Tenby, still partially enclosed by its medieval walls. Other Pembrokeshire coast highlights are Pembroke Castle, St. David’s Cathedral, and idyllic fishing harbors such as Laugharne, where Welsh poet Dylan Thomas lived for much of his life; his boathouse home above the bay is now a museum. 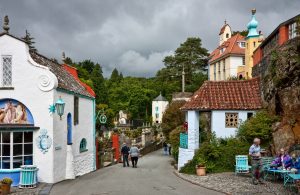 Built by Sir Clough Williams-Ellis between 1925 and 1975, Portmeirion was designed to resemble a quaint Italian fishing village. Portmeirion lays on the coast of Snowdonia National Park in Gwynedd, North Wales. Visitors staying overnight get the whole place to themselves once the gates are closed, when they can explore its beautiful gardens, fountains, church, and the coastal paths of the lower village. This has been the location for numerous films and TV programs, including the 1960s cult show, The Prisoner. 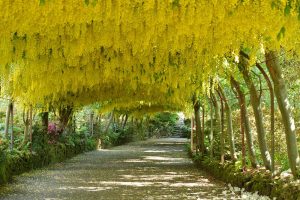 A National Trust property, Bodnant Garden is one of the most beautiful gardens in Britain, created over many years by generations of the McLaren family and brought to its present heights by the 2nd Lord Aberconway. Highlights of the spectacular gardens are the grand formal terraces, overlooking views across the River Conwy to Snowdonia, and the famous Laburnum Arch. Among the trees are 40 UK Champion Trees, judged the best examples of their kind in Britain. The elegant Georgian Pin Mill was moved here from Gloucestershire. 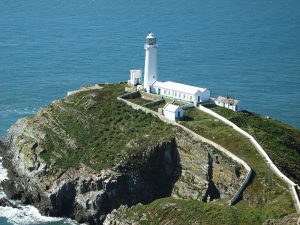 The Isle of Anglesey is separated from mainland Wales by the Menai Suspension Bridge and is home to a number of quaint, small fishing villages sprinkled along its more than 100 miles of attractive coastline. Along with its sandy beaches and landmarks such as South Stack Lighthouse, the island’s mild climate makes it popular for day trippers and campers alike. One of the world’s most famous photo ops is on the railway platforms of the town with the world’s longest place name: Llanfairpwllgwyngyllgogerychwyrndrobwllllandysiliogogogoch. 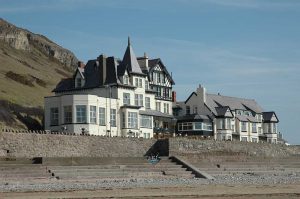 Dubbed the “Queen of the Welsh Resorts”, Llandudno is the largest seaside resort town in Wales. Located on the north coast with views across the Irish Sea, this picture-perfect tourist destination lies between the Welsh mainland and the Great Orme, a peninsula inhabited since the Stone Age. The town’s unique promenade is free of the usual seaside shops and cafés, which were wisely placed behind the seafront to ensure Victorian visitors a more peaceful experience. The best views of the town and its surrounds are from the Great Orme, easily accessible by a heritage tramway. Well connected by rail and road, Llandudno is a good base for touring Wales’ spectacular North Coast.