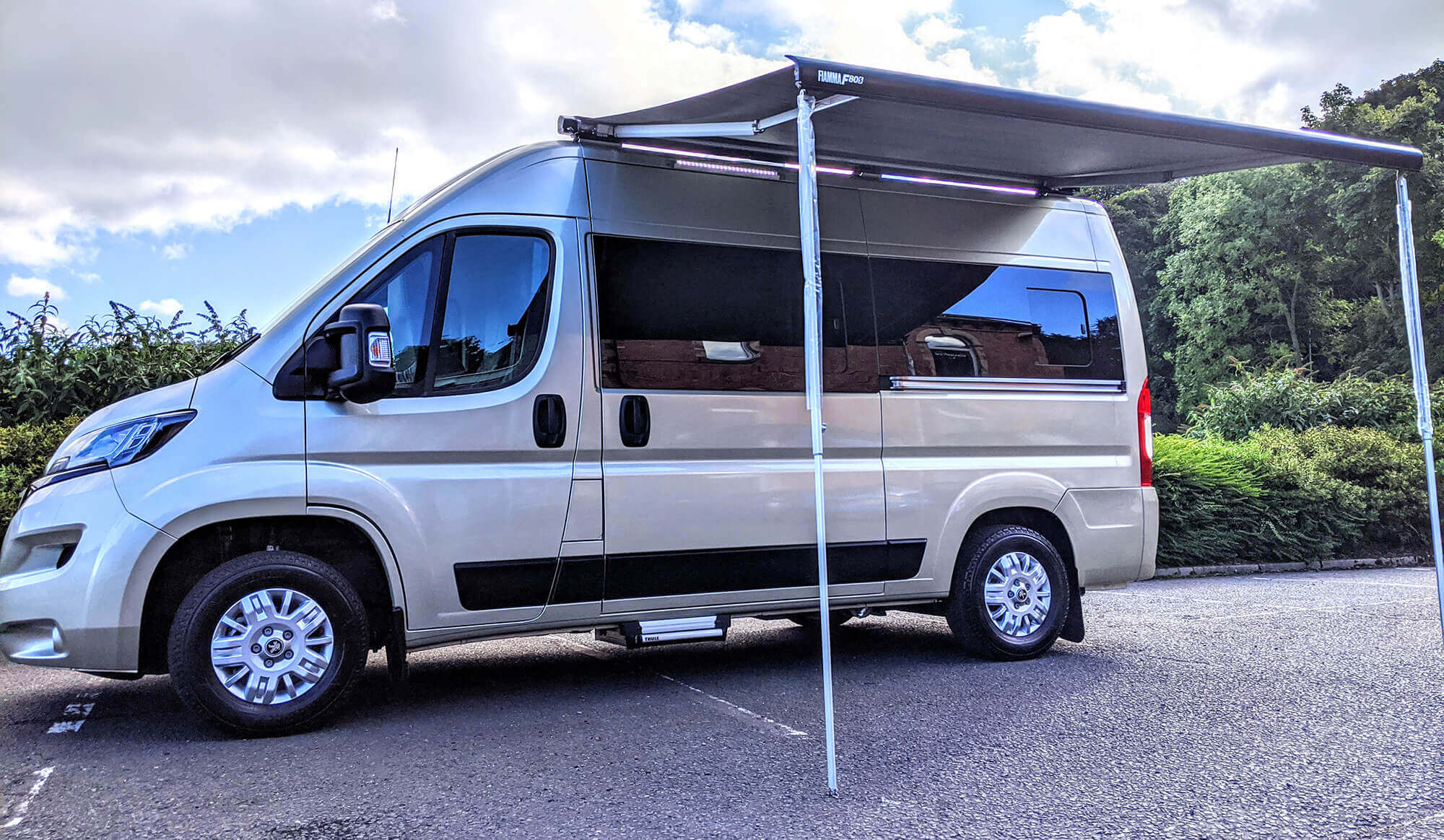 September saw some good news for UK campervan owners looking for somewhere interesting for their autumn staycations, while a special edition campervan was announced and a revolutionary new motorhome was launched. Here’s what’s been happening in the world of campervans over the month.

The Bladon Chains Caravan and Motorhome Club site has proven so popular that they have opened a temporary campsite within the grounds of nearby Blenheim Palace. It opened during September and will remain open until November 1st.

Located just beyond the wall of the palace garden, the temporary site offers fantastic views of the grounds. Visitors to the palace can also get a 30% discount off the combined admission price for the park, the palace and the gardens. You can book a Blenheim Palace pitch or simply turn up on the day, though get there early to avoid disappointment as the pitches are allocated on a first come, first served basis.

The pitches cost £23.10 for two adults per night, with additional adults costing £7.40 each. Children between the ages of 5 and 17 cost £2.20 each, with kids under 5 years old allowed in for free. There is a maximum occupancy of eight persons per pitch.

The temporary site is also dog friendly and has shower and toilet facilities, fresh water and electricity. The pitches measure 11m by 10m, providing plenty of space for a motorhome as well as for a tent and one car.

September saw the announcement of a special edition campervan from Wellhouse Leisure. The La Libertà campervan, named after the Italian word for freedom, will become available in 2021.

The La Libertà is based on the Ford Tourneo Trento model but will come with a higher standard specification, including the more powerful 185ps version of the Ford 2.0 TDCi engine. The transmission options are a 6-speed manual gearbox or an automatic transmission version, with the manual costing £56,620 and the automatic priced a little higher at £58,665.

The founder and current Chief Executive Officer of Wellhouse Leisure, David Elliott, said: “We have enjoyed fine-tuning the specification for the Ford La Libertà special edition for 2021. Its higher specification makes it an extremely desirable campervan.”

Other upgrades included in the La Libertà are an extra bed within the elevating roof, a programmable Webasto ‘ThermoConnect’ heating system and a new Vitrifrigo compressor fridge.

Niesmann+Bischoff launched their all-new iSmove luxury lightweight A-class motorhome in September. The German high-end motorhome manufacturer is hoping to revolutionise the industry with their innovative new iSmove motorhome, which includes features that previously would not have been possible in a lightweight motorhome.

With a gross weight of just 3,500kg, the iSmove motorhome can be driven by anyone with a standard car licence and yet has multiple features that have only been seen before on the likes of five-tonne motorhomes.

The iSmove looks similar to the much larger and heavier Arto and Flair A-class models by Niesmann+Bischoff, but has been built with two-sided aluminium sandwich walls and Styrofoam insulation to keep the weight down without sacrificing quality.

What’s Happening in The World of Campervans?
PREVIOUS POST

October Update: What’s happening in the world of campervans?
NEXT POST