What’s Happening in The World of Campervans June 2021? 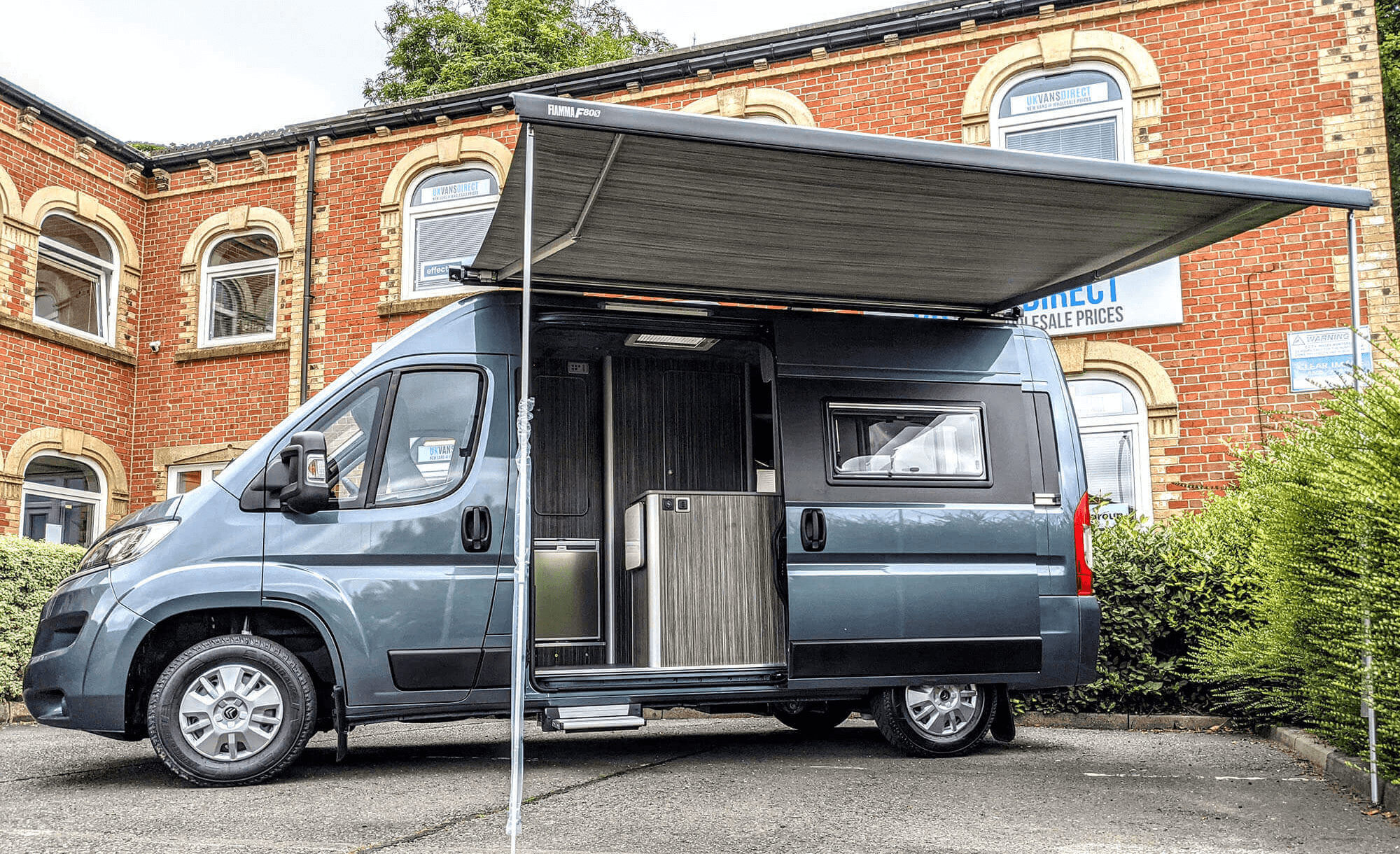 What’s Happening in The World of Campervans June 2021?

June witnessed an interesting new converted campervan design made from a popular commercial van model, as well as good news for motorhome fans in the north of England. The Government also announced exciting news for anyone planning on holidaying at home this summer. Read on to see what’s been happening in the world of campervans this past month.

Renault have made their Drift model available as a Concept Multi-Car (CMC). The HemBil version of the Drift features a special swing-out kitchen that lets the owners cook outside and maximise the space inside. It also has a 26-litre top-loading compressor refrigerator.

The Renault Drift was originally based on the Trafic Sport model which had a high spec option including a trip computer, automatic lights, automatic windscreen wipers and manual control air-conditioning. Some of the other high specs included a leather steering wheel, premium dashboard, metallic paint and heated mirrors. The Drift also has 17in alloy wheels, body coloured front bumpers and door mirrors. The driving specs boast cruise control, ESC, rear parking sensors, front fog lights and a reversing camera.

CMC’s Sam Shortland said of the converted Drift design: “I have been really keen to extend our HemBil conversion range, so it covers VW, Renault and Ford base vehicles. I think the Renault Trafic makes a great camper and offers that little bit more room than the VW and also a massive saving, typically around £10,000.”

The caravan dealer who handles the Coachman, Swift, Xplore and Compass vehicles will be opening new premises in Chesterfield on a site measuring 16,000 square metres. Kimberley already have premises in Darlington and Nottinghamshire and plan to have the latest site open by the end of the summer.

Once it opens, campervan enthusiasts can expect around 150 new and previously owned caravans and motorhomes to be on display, as well as a number of custom-built campervans.

Kimberley’s director, Chris Lowe, spoke about the reasons for opening a branch at the new location, saying: “We already have a lot of customers in North Derbyshire and South Yorkshire, so the Chesterfield branch will allow us to offer them a more convenient level of service.

“The site is well located on the edge of the Peak District, and is just 30 minutes from Sheffield and Chatsworth House in the Derbyshire Dales and 40 minutes from Doncaster, areas where we know there is a lot of interest in caravan and motorhome ownership.”

Kimberley also plans to use the multiple large buildings at the new site to create an accessory shop and service centre for the mechanical side of the business.

The Government is encouraging local councils to allow more pop-up campsites as more holidaymakers choose to enjoy staycations instead of travelling abroad.

The Communities Secretary, Robert Jenrick, explained: “Many of us are planning a staycation this year, and I’m asking councils to support the extension of pop-up campsites for tourists and not let red tape get in the way of a great British summer.”

Regulations on the capacities of campsites are now set to be either relaxed or ignored to accommodate the extra campers.

What’s Happening in The World of Campervans May 2021?
PREVIOUS POST

What Was New in The World of Campervans in July 2021?
NEXT POST